You are here: Home / News / Iowan part of cast in national tour of Cinderella 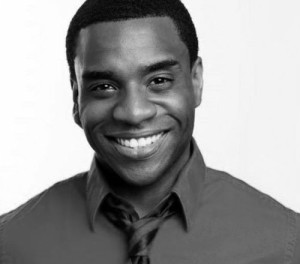 The nationally-touring Broadway production that puts a modern spin on a familiar fairy tale features an Iowa native in its only Iowa stop. Roger’s and Hammerstein’s “Cinderella” opens at the Civic Center in Des Moines tonight.

Actor and singer Antoine Smith, who grew up in Sioux City, says it’s a contemporary take on the famed story of a young woman who’s transformed from a chambermaid into a princess.

“It’s not just about Cinderella and the glass slipper,” Smith says. “There’s also the prince growing up to be a man and learning how to run a country and how to treat people with love and respect. There’s something for everyone, female, male, old, young, black, white, everyone.”

“You’ll see that these costumes are absolutely stunning and the magic that is done in the transformation for the godmother and Cinderella will blow your mind,” Smith says. “You’re literally watching this happen on stage. There’s no smoke, there’s no mirrors and you’re going to wonder how in the heck did they just do that?”

Smith plays the role of Lord Pinkleton, the town crier and the prince’s right-hand man.

A New Yorker the past eight years, Smith has been on the road with this tour since September. After attending the University of South Dakota to study classical voice, Smith’s parents convinced him to take a detour. He moved to Des Moines to attend DMACC where he learned to become a chef. “They said to maybe think about having a backup plan,” Smith says. “As an actor and singer, as you get older, the work may not necessarily stop coming but it definitely gets farther in between. My love of food wasn’t the backup plan, so I said, ‘Why not just go to culinary school?”

Cinderella will be in Des Moines through Sunday, July 19th.