You are here: Home / Crime / Courts / Sheriff invites residents making EBay, Craig’s List deals with strangers to use his office 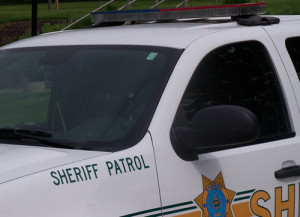 Officials in a northwest Iowa county have designated a “safe zone” for people who want to complete an internet purchase or sale with a stranger. Kevin Wollmuth, the chief deputy sheriff in Osceola County, says his boss came up with the idea.

“He saw a news report where somebody was injured while making one of these exchanges and he thought it would be just a good idea to create a safe zone for people who do a lot of buying and purchasing online,” Wollmuth says.

The designated zone is the parking lot outside the sheriff’s office, which is monitored by video cameras 24 hours a day and fully lit at night.

“Or, by all means, they’re always welcome to come into our sheriff’s office, in the lobby and they’re welcome to make an exchange there also,” Wollmuth says. “…We’d just as soon have them come here and make their exchanges than have to go to somebody house or meet out somewhere in an unlit area or someplace where a person is very vulnerable.”

Wollmuth says the sheriff’s office in Sibley has been used by parents in child custody disputes, as they pick up or drop off children. Not only are Osceola County residents who use E-Bay or Craig’s List to buy and sell things to strangers now being encouraged to use the sheriff’s office as a “safe zone” to complete the transaction, but officials say the parking lot and the sheriff’s office itself can be a meet-up spot for someone who’s used an internet dating site and is meeting a stranger for the first time.

“You never know,” Wollmuth says, with a laugh, when asked if a romance would blossom from a first-date in the full view of the sheriff and his deputies.