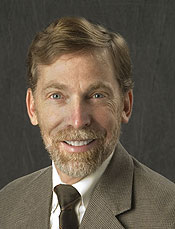 The U.S. Senate panel held a hearing Tuesday on the 21st Century Cures Bill, which would increase funding to the National Institutes of Health by $8.75 billion over the course of five years. The House passed the measure last week.

Doctor George Weiner, who heads the Holden Comprehensive Cancer Center at the University of Iowa, is also president of the Association of American Cancer Institutes. He says, when factoring inflation, over the past 12 years NIH funding has dropped by more than 22-percent.

“You see many other countries — China, India, Singapore — really investing in biomedical research. For some of the talented people we have in this country, some of them have actually gone overseas,” Weiner said. “I think that’s one of the factors the politicians are looking at.”

All four of Iowa’s congressmen voted in favor of the bill, which passed the House on a tally of 344-77. According to Weiner, the funding is an investment in both medical research and the economy.

“It drives innovation. Biotechnology is a huge industry for our country. It enhances our communities because the vast majority of that money goes to cancer centers like ours and medical centers across the country,” Weiner said.

Leaders of the House bill said they don’t expect the legislation to reach a vote in the Senate until later this fall at the earliest. Weiner made his comments on the Iowa Public Radio program River to River.