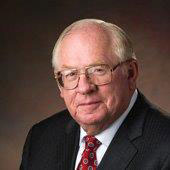 There will be a leadership change for the Iowa-based Casey’s General Stores corporation next spring.

Casey’s chairman and CEO Robert Myers will retire on April 30. Myers, who is 68 years old, has been with the company for more than 26 years. Myers has been the company’s leader since 2006. Over the past nine years he helped fend off a Canadian company’s hostile take-over bid and added nearly 500 more stores to the Casey’s chain.

Terry Handley will move into the company’s top executive position when Myers retires. Handley has worked at Casey’s for 34 years and is currently the company’s president and chief operating officer.

Nearly 1900 Casey’s General Stores are operating in Iowa and eight other Midwest states. The chain started in 1959 and the company originally focused on expanding in communities with a population under 5000.