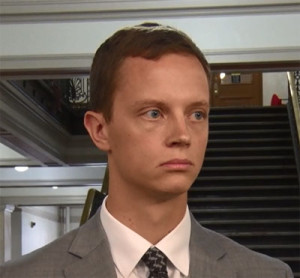 A Polk County jury found a former Iowa Lottery contractor guilty of two counts of fraud for allegedly manipulating the numbers so he could try to claim a multi-million dollar Hot Lotto prize back in 2011.

Lawyers for 52-year-old Eddie Tipton argued he was not the person on surveillance video seen buying the ticket and there was no evidence he manipulated the numbers draw by a computer.

Assistant Attorney General Rob Sand, prosecuted the case for the state. “I think it’s a good verdict, that shows that modern juries today — just people off the street — understand the inner workings of technology are mostly proven by through circumstances around them than what we see directly,” Sand says. “And I think that’s a good indication that these crimes are prosecutable in the future, even if we lack the absolute direct evidence.”

Tipton worked for the Multi-State Lottery Association as information security director, and prosecutors showed how he could have manipulated the computer program to draw the numbers that he wanted. Sand believes the testimony of people who identified Tipton from the surveillance video of the convenience store where the ticket was sold was a key in the verdict. “They aren’t people who are trying to identify a stranger, but individuals watching the video saying ‘I know that person,’ is very strong evidence of identification,” Sand says.

He says those identifications, combined with the other evidence that showed how Tipton could have used a program to erase any traces of what he had done. “There’s simply too many coincidences for it to be a series of coincidences. And I think the jury at that point likely thought these are not coincidences, but clues that all have a single explanation as to a variety of explanations,” Sand explains. The ticket for the 14 million dollar prize was turned just before it was set to expire on December 29, 2011. A New York attorney tried to claim the prize for a trust incorporated in Belize. Iowa Lottery officials refused to pay out the prize after people involved in the trust refused to reveal their identities.

That led to a lot of mystery surrounding the case. Sand says the case also gained national attention because it was unusual. “I think it is to my knowledge the first time that someone has been accused of fixing a lottery game that is run through a computer program,” Sand says. “I know, I think in the 1980’s maybe the 1990’s there was a scandal in Pennsylvania with individuals who were I think were injecting dye into roller balls in a Powerball type game — which is I think is what led to the use of computer programs in a game like this.”

Tipton faces 10 years in prison and is schedule to have a sentencing hearing on September 9th.

The guilty verdict in the Hot Lotto case brings the story one step closer to a conclusion in what Iowa Lottery spokesperson Mary Neubauer says has been one of the strangest in the history of the organization.

“There is no doubt this has been a fascinating case. I think we said several times that the best fiction writer could not have made up the reality that occurred,” Neubauer says. The Iowa Lottery refused to pay out the jackpot until it had more information on the winner, and Neubauer says that shows the system worked.

“This is just a really important reminder that lotteries have to keep monitoring and making improvements to stay ahead of people who would try to beat the system,” Neubauer says. “We never will be able to stop people from trying to commit crimes — but we need to have strong procedures in place to catch and prevent them when they do. And we think the system worked in this particular case.”

Neubauer says they made adjustments made as information came out about this case. “There have been some things that we have changed because of the particular things we have learned in this case,” Neubauer says. She says she’s not going to reveal the changes to keep them from anyone who might want to try to cheat the system.

The Hot Lotto prize in question would have been around 10 million dollars if taken in cash, and was worth just over 14 million dollars at the time the ticket was turned in. The Iowa Lottery used the money from that jackpot for another promotion after deciding there was not enough information to pay it out.