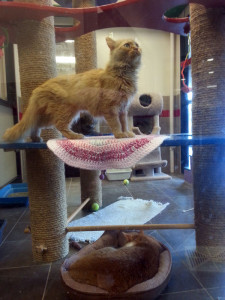 Many animal shelters in the state are facing overcrowding.

Many of Iowa’s animal shelters are struggling with overcrowded conditions. The state’s largest nonprofit animal shelter last week reported a record number of homeless animals in their care. Tom Colvin, executive director of the Animal Rescue League (ARL) of Iowa, says the Des Moines operation has over 1,300 animals under its watch.

“Every place you look right now there are cats and dogs,” Colvin says. The shelter is receiving dozens of animals a day. Colvin notes adoptions are critical, but Iowans can take other actions to help ease the burden on the state’s animal shelters.

“It’s virtually impossible to adopt our way out of the homeless pets situation,” Colvin says. “Therefore, we have a lot of resources at the Animal Rescue League – as there are around other parts of the state – to make sure people are getting their pets spayed or neutered. There are a number of programs that make that very affordable and in some instances even free.”

Many shelters around the state also have foster programs. 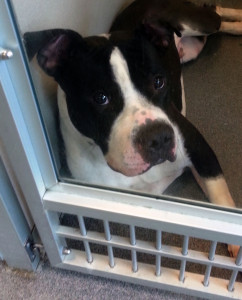 “So, if you can even temporarily have a pet in your home, they can just kind of hang out at your place and they’ll still be available for adoption. That’s a huge way they can help,” Colvin says. The ARL and many other shelters also offer free cat and dog behavior counseling as a way to encourage owners to keep their pet rather than give it up.