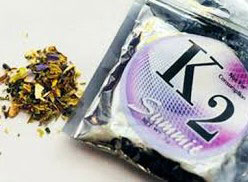 A conference in Sergeant Bluff in western Iowa today and tomorrow will discuss the dangers of synthetic drugs. Lieutenant Terry Ragaller with the Sergeant Bluff Emergency Services says people from the tri-state area are attending.

“We’re going to be covering topics such as: bath salts and spice and the new drugs that are really hurting our people,” Ragaller says. He says there are sessions for law enforcement, medical personnel and the public.

“Looking at medical aspects, legal aspects, social workers, addiction and therapy, and then we are also going to have a public information session for parents or just the general public to come to. And we’ll have Heartland therapists there from 6 to 8 p.m., as well as a father whose son killed himself while he was on these drugs.”

Ragaller says he’s seen an increase in the use of synthetic drugs in his daily calls. “There are a lot of instances of people overdosing — not even just overdosing — but just the natural use of it just drives people insane. They just go crazy,” Ragaller says. “We’re seeing it more and more of it since last fall, it really has picked up steam. I also work full-time in Sioux City, and we’re seeing more and more of it.”

He says many of the synthetic drugs are made in China and aren’t regulated there. Speakers are coming in from as far away as Georgia and Michigan.