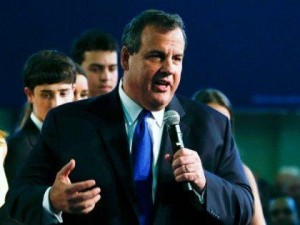 Republican presidential candidate Chris Christie says the Iran deal is the single worth thing President Obama has done during his presidency.

“What’s going to happen with this Iran deal, in my opinion, is it’s going to lead to a nuclearized Middle East.

It is going to lead to danger not only for the United States, but also for our allies in the Middle East like Israel and other friendly Arab countries,” Christie says. “And remember: Iran is still the largest state-sponsor of terrorism in the world.”

Christie faults the deal for failing to have “anytime, anywhere” inspections of Iran’s nuclear facilities and he says the deal will allow Iran to import and develop ballistic weapons.

“This is a life-and-death situation and this is absolutely the worst thing this president has done,” Christie says. “This will go down in history as an enormous, monumental, life-costing error.”

According to Christie, Obama should have done what Reagan did while negotiating with the Russians.

“What Ronald Reagan understood was…no deal is better than a bad deal and he walked away from Gorbachev and those negotiations,” Christie says. “That’s exactly what President Obama should have done. He should have walked away from the mullahs in Iran, ratcheted up the sanctions and said: ‘When you’re serious about a fair deal, come back and we’ll talk to you then.'”

“I mean, as a former prosecutor, I’ll tell you, that’s like getting a search warrant, going to someone’s house and then saying: ‘I’ll be back in 24 days to see if there’s any evidence of a crime.’ Even the stupidest criminal in the world would be able to get rid of that evidence,” Christie says. “So she now owns the big lie of the second term which is ‘any time, anywhere inspections’ in Iran.”

Christie made his comments this morning during an interview with Radio Iowa. Christie also discussed recent Amtrak delays in New York and New Jersey as well as his competition with a crew of governors who are seeking the GOP’s 2016 presidential nomination.