You are here: Home / Business / Expert talks about roll out of Windows 10 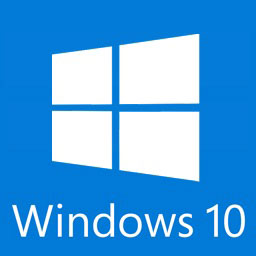 Hundreds of thousands of computer users in Iowa will see pop-ups on their screens soon, as Microsoft is releasing a free version of Windows 10 this week. Thor Schrock, a computer repair store owner in Omaha/Council Bluffs, says it you reserve a copy by Wednesday, the new operating system will be delivered automatically.

Computers that are compatible will get a pop-up window asking them if they want to upgrade. Having seen the new O-S, Schrock says it has several impressive features.

“If you’re excited to get Windows 10, you should reserve the copy because you’ll be ‘among the first,'” he says. “They’ll release this in waves. The last time this happened, between Windows 8 to 8.1, some 20% of the computers that attempted to install 8.1 automatically ended up failing, they ended up crashing.”

According to Microsoft, those not wanting to upgrade now can purchase Windows 10 upgrades later at prices that range from $120 to $200, depending on the version. Also, there are a few wrinkles in the red carpet rollout. “You won’t get a pop-up if your computer is not compatible or if any device on your computer, like an old printer, is not compatible,” Schrock says. “Another thing to be aware of, if you’re using Office 2003 or Office 2007, neither one of those are compatible with Windows 10. You’ll have to buy a new copies of Office if you upgrade.”

One of the new features of Windows 10 is a personal digital assistant, called Cortana. It aims to rival “Siri” on iPhones. “Microsoft’s voice recognition blows Siri out of the water,” Schrock says. “When you figure, they’re going to leverage Cortana on over a billion devices next month, it’s going to have the opportunity to learn so much. It’s going to be Skynet before it’s done.” That’s a reference to the popular “Terminator” movies, where Skynet was an artificial intelligence-driven computer system which eventually took over the world and tried to wipe out all of humankind. He’s kidding. Relax.