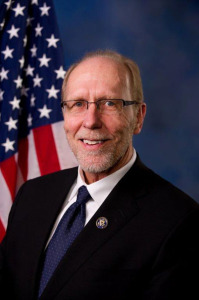 Federal dollars for road work in Iowa and all other states will hit a dead end later this week without fast action in Congress. While the U.S. House has approved a 5-month extension of the current funding, the Senate is leaning toward a 6-year plan for the transportation bill.

Iowa Senator Chuck Grassley, a Republican, favors the long-term version and won’t try to predict what’s going to happen in either chamber. “We don’t know what the House will do until we pass a bill,” Grassley says. “This is what we can pass now and we’d better take advantage of bipartisan cooperation that we can get in the Senate, which you seldom get.”

The Senate held a rare Sunday session to pass its version of the transportation bill, which included an amendment to revive the Export-Import Bank, an issue that’s drawing opposition in the House. The Ex-Im, as it’s called, is a little-known federal agency that helps foreign customers buy things from U.S. businesses.

Grassley hopes all sides will reach agreement on the transportation bill — and soon. “The long-term bill is the best for the economy,” Grassley says. “It’s the best for highway construction, best for creating jobs, not only in construction but in the manufacture of this heavy equipment. People are more apt to buy it if they know there is a long-term commitment to funding the highway program.” The current transportation funding bill expires on Friday. The proposed 6-year measure is worth 350 billion dollars.

Iowa Congressman Dave Loebsack, the only Democrat in the Iowa delegatin, is calling on House Republican leaders to bring a long-term highway bill up for a vote before adjourning for the August recess. Loebasck issued this statement on the bill:

“It is beyond irresponsible for Republican leaders in the House to go on recess without passing a long-term bill that invests in our nation’s infrastructure. A long-term transportation bill is necessary to address urgent transportation and infrastructure needs, create jobs for Iowans and is central to economic development across the country. It will also ensure businesses and farmers can transport their goods more efficiently to compete in the 21st Century economy. Another short-term, shortsighted extension will only cause more uncertainty, keeping state and local governments from being able to effectively plan for future projects. Congress should remain in session until a long-term plan is agreed to.”