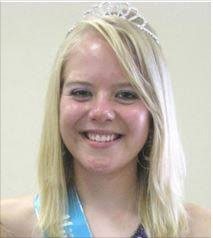 The crash report shows a car driven by 23-year-old Courtney Johnson of Osage was also traveling eastbound on the highway when she struck Harken. Johnson was not injured in the accident, which remains under investigation. Harken was the Mitchell County Fair Queen in 2013.