You are here: Home / Education / Interim president takes over at the University of Iowa 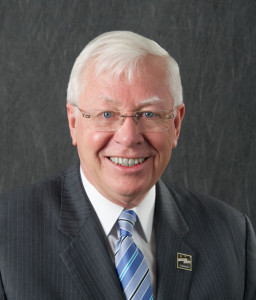 Sally Mason steps into retirement and the vice president for medical affairs, Jean Robillard takes over today as the interim president at the University of Iowa.

Robillard talked with reporters about the position. “I’m quite honored really to be the interim — and I hope it will be short — but what is important is that there really is not lapse and there is a seamless transition. And that is what we are working on and I am sure it will be seamless in that respect,” Robillard says.

Robillard is also leading the committee to find a permanent replacement for Mason. He says it is an exciting time to be on campus as thousands of students will soon be returning to Iowa City, including 51-hundred freshmen. “And when you look also compared to last year, there are 500 additional new freshmen compared to the previous year. It’s about a 10 percent increase in the freshman class,” Robillard says, “this is just fabulous in that respect.”

Robillard says he knows the operation of the university pretty well having been the vice president overseeing the University Hospitals since 2007. He also has had frequent conversations with Mason.

Robillard says he spent quite a bit of time over the past few months talking with Mason and being brief on various issues. But he says he is also surrounded with great people who will help him. Robillard could be in the U-I’s top spot for around two months as the search committee he leads is looking at a timeline of possibly naming a new president in September.