You are here: Home / Business / Waterloo may join growing list of Iowa cities with whitewater park 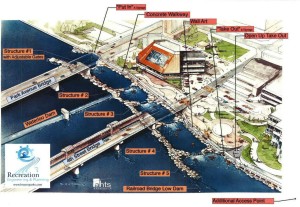 Another eastern Iowa city is looking at constructing a whitewater park with a kayak course. Plans for the project in downtown Waterloo were unveiled this week and Waterloo Mayor Buck Clark told KCRG-TV he likes the economic potential of the Cedar River. “Those communities that have done this are experiencing tremendous economic return,” Clark said.

The initial estimate for the project comes to $2.6 million. Darrin Siefken, who owns the business CrawDaddy Outdoors in nearby Waverly, has noticed more people are enjoying Iowa’s rivers. “We are having one of our best years ever for kayak sales,” Siefken told KCRG.

Many are hopeful the park in Waterloo could become a reality in about two years. “We’ve been talking about it for 12-15 years here in the area and that would be great if Waterloo decides to finally make that happen,” Siefken said.

Waterloo officials said they’ll look to the state, private donors and the Black Hawk County Gaming Association for funding. If the project moves forward, Waterloo would become the fourth city in Iowa to have a whitewater park, joining Manchester, Charles City and Elkader.