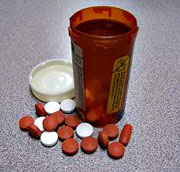 The director of the Iowa Office of Drug Control Policy is applauding a recent decision by the U.S. Drug Enforcement Administration (DEA) to reinstate its National Prescription Drug Take Back program. Steve Lukan says prescription drug abuse remains a fast growing problem in Iowa and a safe and environmentally sound method to dispose of unused medicines is key to keeping those drugs from being misused.

“I think we certainly, as a state, need to pay attention to the strong drugs that are out there in our medicine cabinets,” Lukan said. “We do have a lot of prescription pain killers that are often times very powerful and unfortunately, sometimes end up in the wrong hands.” The next special collection of old, unwanted prescription drugs is scheduled for Saturday, September 26.

“It’s certainly a good opportunity to have conversations inside your home about proper use of medications and also just really trying to reinforce making healthy choices and avoiding drug use,” Lukan said. During the first four years of the DEA’s Take Back program with local law enforcement, pharmacies and community groups, nearly 26 tons of unused prescription drugs were collected in Iowa.

According to Lukan, there are also nearly 50 local law enforcement agencies and pharmacies that have established permanent drop-off sites to collect controlled prescription medicines in Iowa.

The Iowa Department of Public Health reports overdose deaths from prescription pain relievers, such as hydrocodone and oxycodone, have been rising in Iowa – with 77 such deaths in 2014.