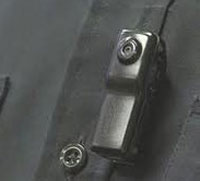 “We’ve already started the testing process, we’ve got a vendor in right now that we’re testing. I’ve got a couple of officers who’re wearing the body camera right now and we’re going through the IT part of it and how that works,” Young says. “But I anticipate having a couple of other vendors come in with their product and then we will make a decision at that time.”

He says there is no set timetable for deciding on using the cameras — but says that day is coming sooner than later. Young says he knows as soon as he decides to go ahead with the cameras something will come out that is cheaper and better. “But it’s a move that we’ve got to make,” Young says. Some police departments are now also using aerial drones, but Young says there are no plans for his department to start using them.