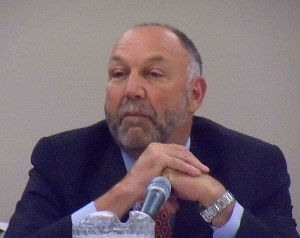 The housing crunch at Iowa State University isn’t expected to ease this fall as projections show another increase in enrollment. ISU president, Steven Leath, says they’ve taken steps to address the problem and expect to have enough campus housing.

“We don’t think we are going to have to turn away students,” Leath says. “I have a commitment to the students that we are not going to use dens in any substantive way going forward. We may have to use dens for a week or two at the beginning of the semester until we sort it all out.” Students have been housed in the dens of the dorms on a temporary basis in the past until housing becomes available.

Leath says the number of new students expected this fall has been a moving target. “Enrollment predictions were in that five to 600 range most of the year. They have surged in the last few weeks to levels we didn’t anticipate — and so we are scrambling a little bit. But we are confident we can find quality beds and regular rooms for everybody within the first two weeks of the semester,” Leath says.

The University of Iowa is projecting an increase of freshmen students by 500. Leath says he doesn’t have exact numbers yet. “Our growth will probably twice that of Iowa. It’s what we’ve seen in recent years,” Leath says. Iowa State has seen several years of record enrollment and last year had to turn away some 200 students who requested on-campus housing. Leath made his comments at the Board of Regents meeting Wednesday.