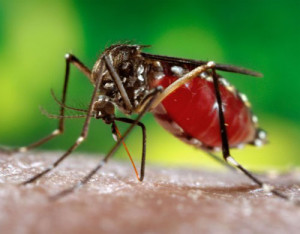 The Iowa Department of Public Health has confirmed the first case of West Nile virus in Iowa this year. Deputy State Epidemiologist, Ann Garvey, says an adult female 18 to 40 years of age from Ringgold County is recovering from West Nile.

The disease is spread by mosquitoes. “I think it is important to remember that we do expect that there is West Nile activity in all areas of our state, so we would recommend that everybody be taking protective measures to cut down on their chances of getting mosquito bites,” Garvey says.

There are some easy things you can do to keep from getting bitten. She says use and insect repellent, especially during the dusk and dawn hours when mosquitoes are most active. “And if you chose a repellent with DEET, that’s also protective against ticks, which are active this time of year in our state as well,” Garvey says.

Doctor Garvey says you can also wear clothing that covers your skin if possible when you are out to both avoid mosquito bites and keep ticks from attaching to you.

Ticks are a concern because they carry Lyme disease, and there have been 111 cases of Lyme disease reported so far this year. “We generally see a couple of hundred cases of Lyme disease and we see a smaller number of West Nile cases,” according to Garvey. “But certainly they are health concerns that people need to be aware of. And the most important thing that people can do to protect themselves is to use repellent, and take added precautions when we are outdoors. Certainly if you are in wooded areas, making sure we check for ticks once you come back inside.”

West Nile was first diagnosed in a human in Iowa in 2002, and after peaking, the cases dropped off. Garvey says the number of cases fluctuates every year, but the disease is here every year and that’s why it is important to take the precautions. Approximately 20 percent of people infected with West Nile virus will have mild to moderate symptoms such as fever, headache, body aches and vomiting. Less than one percent of people infected become seriously ill and rarely someone dies.

The last West Nile death in Iowa came in 2011, when there were nine confirmed cases and two deaths.

Photos courtesy of the Iowa Department of Public Health