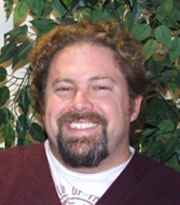 There’s a new term associated with our culture’s growing obsession with smart phones: FOMO or Fear Of Missing Out. It applies to people who can’t ever seem to ignore their phone’s tones and vibrations. Adam Tyma , a professor at the University of Nebraska-Omaha’s Social Media Lab for Research and Engagement, says FOMO is becoming an epidemic.

“It’s not just the kids,” Tyma says. “You sit down in any restaurant and look across tables and look at how many people are out with their friends or family and everyone has that candy bar right next to them.” Tyma says it’s a fear of missing out on a text message, a Facebook post or even an app update, and for many people, it’s an addiction.

A few years back, he says, people were more courteous and made more of an effort to turn off their ring tones in social situations. “But now, everyone’s phones are blinking and beeping and whistling and yelling and making whatever noises they have to make,” Tyma says. “The moment that started happening, it becomes pathological. We have to do it. We can’t not respond to it. And if that light is blinking in the corner of our eye, as we’re sitting and talking with someone, we’re always thinking about it.”

Distracted driving due to FOMO is an increasing problem that’s leading to accidents on our roads, though Tyma says he’s seeing an encouraging trend. “I see more and more, people under the age of 23 or 25, if that phone goes off, I see them talking on the side of the road,” he says, “They’ll pull off.” However, he says most drivers who have cell phones are likely in the category of “dangerous” and you can spot them easily in traffic.

“The vast majority of people are looking down at their steering wheel where they’ve got their phone, as opposed to looking up,” Tyma says. A recent survey shows 88-percent of teen drivers who believe they are good drivers admitted to using apps while driving, with the most popular being Snapchat and Instagram.