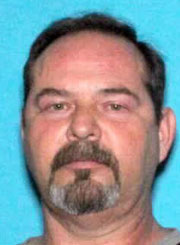 A homicide investigation is underway in Council Bluffs. Police Sergeant Dave Dawson says the body of the 55-year-old man was found in his home on Wednesday after the victim’s employer called police.

“Robert R. Schendel had not shown up for work as usual and they were requesting a welfare check,” Dawson says. “When the officers arrived, they were unable to get a response. They made entry into the residence and found the victim deceased. He was found to have several gunshot wounds.”

Dawson says the case is being treated as a homicide, though there are few clues. “At this point, we haven’t determined any burglary to the residence at all,” he says. “We haven’t found any signs of a struggle.” Investigators say it’s possible that whoever shot Schendel stole his van.

“The victim’s vehicle that was registered to him, a 1988 grey Dodge Caravan, with Iowa licence plate BGZ-696, was also taken from the residence,” Dawson says, and it’s now considered stolen. An autopsy is scheduled on Schendel today in Ankeny.

Anyone with information about the incident should call Council Bluffs Crime Stoppers at (712) 328-7867.