You are here: Home / News / Photo book details the ABCs of the Iowa State Fair 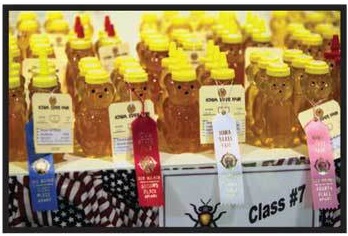 Whether it’s midway rides, livestock shows, grandstand concerts or the flurry of food items on a stick, most Iowans can find something to love about the Iowa State Fair.

The grand event opens its gates this morning and a couple from southeast Iowa will be there again to document the events.

J.O. Parker and his wife, Debbie, have created the book, “Iowa’s Tradition, An ABC Photo Album of the Iowa State Fair.” 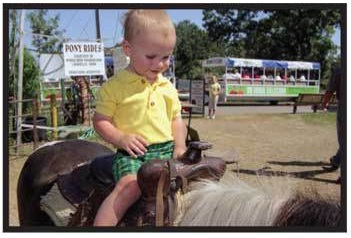 “It has a little over a hundred photos and it’s around 60 pages,” Parker says. “There’s two pictures for every letter of the alphabet, from things that are the fair and some things that are not-so-famous that people might not know about.” For example, on the page devoted to the letter “A” you’ll find apples and arm-wrestling.

The Parkers run a small publishing company based in Montezuma, called Our Front Porch Books. Creating a photo album of state fair memories was a natural fit for the two.

“I do a lot of photography and she does writing and she’s about a 40-year veteran of the Iowa State Fair,” Parker says, “having grown up there and camped there and we attend every year.” 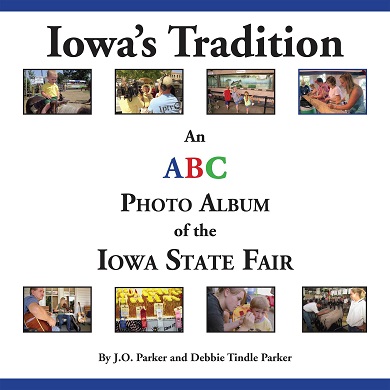 Parker is originally from Oklahoma but says the Iowa State Fair changed the course of his life. He met his future wife at the fairgrounds a dozen years ago while he was on assignment in Des Moines, working as a newspaper reporter for the Montezuma Republican.

Copies of the picture book will be available at the state fair in Pirtley’s General Store, as well as through the website: www.ourfrontporchbooks.com.