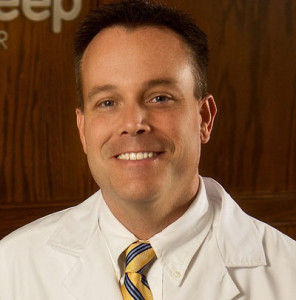 Most Iowa children will be heading back to school in a week or two, and a sleep medicine physician recommends parents start preparing their kids now to get the proper amount of shut-eye.

Doctor Stephen Grant, at the Iowa Sleep Disorders Center in West Des Moines, says it’s a lot easier to adjust to a new sleep schedule when it’s done over several days or a few weeks, especially after a summer of late nights.

“Kids can have what’s called a physiologic delay, in other words, the bright light they receive later in the day makes sleep onset more difficult,” Dr. Grant says. “One of the countermeasures we have for that is trying to get the kids up earlier and have the sunlight on them earlier in the day so they’ll be able to fall asleep quicker earlier in the evening.”

Moving up bedtimes and wake-up times by 15 minutes a day over the next week or so works well to help many young people adjust. Electronics should be switched off an hour before bedtime because smartphones, tablets and TVs stimulate the brain.

“We know this can certainly cause a delay in a child’s ability to fall asleep at night,” Grant says. “Children that watch TV or entertain a lot of electronic media at night have a higher point prevalence of sleep-talking as well as nightmares.” Eliminating that blue light from gadgets close to bedtime will help the body produce melatonin, the hormone that makes you feel sleepy. Bedrooms should be cool, dark and comfortable, he says, and not a place for anything besides rest.

“What I’d prefer is for patients to cue themselves that the bed itself is actually for sleeping and that if they’re going to be doing other activities, like reading or watching TV — and that is absolutely something I do not recommend, having a TV in the bedroom — that any activities aside from sleep happen outside of the bedroom.” Even on the weekends, it’s important to stick to your set sleep schedule, Grant says, as doing so will reduce the chance of feeling groggy when Monday morning rolls around. He says most children are “greatly sleep-deprived,” as are many adults.

The average child through middle school age needs nine to 11 hours of sleep a night to feel and perform at their best. For mid-to-late teens, eight to ten hours is usually ideal.