You are here: Home / Fires/Accidents/Disasters / Clarinda man’s body recovered from the Nodaway River 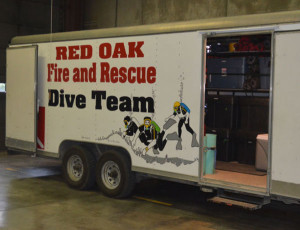 A southwest Iowa man has died after a witness says he was struggling while swimming in the Nodaway River in Clarinda about 9 o’clock last night.

“I believe he was there with his girlfriend swimming in the river,” according to Red Oak firefighter Kenny Hamman, who’s with the Midwest Regional Dive Team.

He says the scuba team began searching for the missing man with help above the water from a crew aboard a hovercraft from the Council Bluffs Fire Department.

“On the first pass, they were unable to locate anything so we sent them back down the river and about 150 feet from the bridge on the east side of the river, they were able to recover the 23-year-old male subject.” The man is identified as Trent Lee Hayden of Clarinda. Hayden’s body was found about 2 a.m. today.

Hayden’s girlfriend was taken to Clarinda Regional Health Center for a check-up. This is the second time in four years the west branch of the Nodaway River has claimed the life of a swimmer. Eleven-year-old Deontae Haynes of Chicago drowned while swimming near the dam in July of 2011.