You are here: Home / Agriculture / Tyson plant in Denison closes, 400 laid off 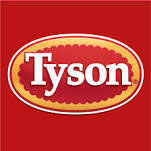 Hundreds of workers are losing their jobs at a beef slaughter plant in western Iowa. Gary Mickelson is a spokesman for Tyson Foods, which is closing a facility in Denison.

The decision affects 400 workers, as cattle numbers in the area have dropped off dramatically.”We’re permanently ceasing operations here in Denison due to a continued lack of cattle in the region. We believe it will be better if we are able to align our production capacity with current cattle supplies,” Mickelson said. Tyson has operated the plant in Denison since 2001. It was opened by IBP in 1961.

“This was a very, very difficult decision and not one that was made lightly,” Mickelson said. “It affects the lives of our people, their families, this great community that supported us for so many decades…however, the realty of the beef business is it has changed and we have to continue to change with it to remain successful.” A rendering system at the Denison plant, which employs 20 people, will continue operations.

“The 400 workers affected by the end of beef production here at Denison are being given the opportunity to apply for jobs at other Tyson locations,” Mickelson said. Tyson operates eight beef plants in six states. Denison was the only “slaughter-only” facility. Most of the cattle slaughtered at Denison have been purchased from producers who live closer to Dakota City, Nebraska — where Tyson has a beef-packing plant with 4,000 employees.