You are here: Home / Sports / Close not good enough for Drake 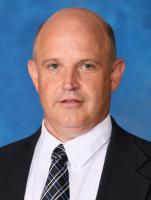 A year ago, Drake finished 7-4 after stumbling out of the gate butut the Bulldogs came up short in their bid to win the Pioneer Football League title and coach Rick Fox called it an “underachieving” season.

A heartbreaking 17-14 loss to the University of San Diego kept the Bulldogs out of the FCS playoffs and Fox says the Bulldogs want to take the next step this season.

“We’ve been very hungry since the ends of last season”, said Fox. “We want to get Drake football back to the top of the conference which is where we believe it should be. We came close last year but close isn’t satisfying for us.”

Defense should be a strength once again. The Bulldogs have several starters back from last year’s defense which was top ranked in the PFL while on offense fifth-year senior Andy Rice returns for his third season at quarterback.

The Bulldogs open at home against William Jewell on September fifth.