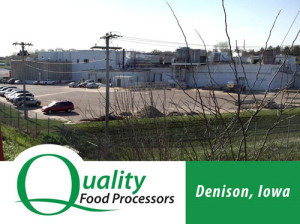 A major employer in Denison is announcing plans to triple its workforce, less than a week after another company in the western Iowa town shut down. Officials with Quality Food Processors in Denison say they plan to 200 employees next year and will begin taking applications at a job fair scheduled for next Tuesday.

The new positions are part of a $20 million expansion of the QFP plant that already employs 100 people. QFP is a producer of bacon products and ready-to-eat smoked meats. The announcement follows the closing of Tyson Foods in Denison, putting 400 people out of work last Friday.