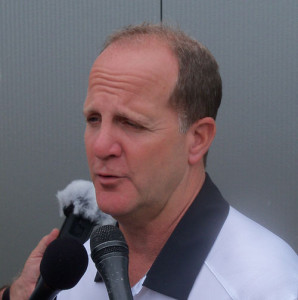 The Iowa defense is hoping to limit the big plays it yielded last year in posting a disappointing 7-6 record.

The Hawkeyes gave up several long touchdown passes in 2014 and were torched on the perimeter in the ground game en route to giving up more than 25 and a half points per game. That’s the highest per game average for an Iowa defense since the 2000 team that finished 3-9.

“You look back at 2013 and we did a heckuva job defending the jet sweep. I just think we have got to do a better job of setting the edges out there and getting off blocks”, said Parker. “Whether it is the scheme or whatever you still have to able to defeat the blocks and anticipate what is coming at you.”

Parker says there were times when the Hawkeyes actually set the edge too far and that is one of the things they have been working on in practice.