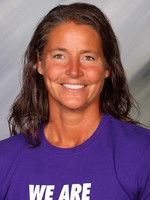 University of Northern Iowa volleyball coach Bobbi Peterson has upgraded the Panthers non-conference schedule in hopes of improving their postseason hopes. UNI missed out of the NCAA Tournament for the second straight year in 2014 after losing to Illinois State in the championship round of the Missouri Valley Conference Tournament.

“Part of it is being able to see where we are at and part of it is giving our team an opportunity to get an at-large bid come NCAA Tournament time”, said Peterson.

The Panthers will take on several rated foes in non-conference play beginning with next week’s trip to a tournament at 12th ranked Colorado State. UNI’s own tournament will include 15th ranked Kentucky, 22nd ranked USC and Big East favorite Creighton. That begins on September fourth.

“It is definitely the highest caliber tournament we have ever hosted here”, said Peterson.

The Panthers were picked to finish third in the Valley preseason poll.