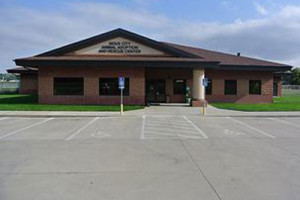 A northwest Iowa boy’s pet alligator will soon make a trip across the Missouri River to Nebraska — secured in a cage.

The two-and-a-half foot long alligator known as Allie was purchased by the unidentified Sioux City 16-year-old from a website. He says he didn’t know it was illegal to keep such a critter as a pet in Iowa.

He put Allie up for sale, online, asking $400 for the gator, his 75-gallon aquarium, heat lamps and a water heater. That’s when the Sioux City Animal Adoption and Rescue Center took notice.

The center seized the alligator which will eventually go to the reptile lab at Southeast Community College in Lincoln, Nebraska. The boy could have been fined $750, but since he cooperated fully, he won’t be charged.