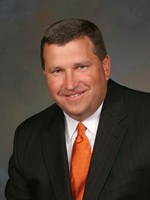 A deep playoff run has the Wartburg College football team wanting even more this year. Coach Rick Willis has an experienced group that includes 30 seniors back from last year’s team that won a second straight Iowa Conference title and made it all the way to the quarterfinal round of the NCAA division three playoffs before dropping a 37-33 heartbreaker to eventual national champion Wisconsin-Whitewater.

“Our first goal to be clear is to win the Iowa Conference championship and anything beyond that we’ll talk about if we get to that point”, said Willis. “We’ve got to get that thing done first and then worry about what’s after that.”

Iowa Conference MVP Logan Schrader returns for his senior season at quarterback after passing for nearly 32 hundred yards and 30 touchdowns. He also rushed for seven scores.

The Knights enter this season ranked sixth in the d3football.com poll and they open the season at home on September fifth against Augsburg of Minnesota.