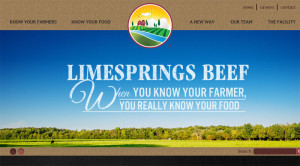 A new meat processing plant in northern Iowa’s Howard County is holding a couple of cattle calls for workers this week.

Lime Springs Beef spokesperson, Kyle Wooters, says they are hosting job fairs on Thursday in Cresco and Saturday at the plant.

“We’re looking to hire between 50 to 60 people, that’s to fill productions jobs, as well as a few in the shipping, some maintenance, and a few office support staff as well,” Wooters says.

He says they plan to hire people in waves during the next several weeks in anticipation of opening the 15,000 square foot facility. “We’re looking to open in the beginning part of October, so we’re looking to hire our first wave employees probably at the end of September so they could start in early October,” Wooters explains. He says the Limes Springs plant, which is close to the Minnesota border, is going to be different than the mass production processing plants owned by major corporations.

“We will be processing about 112 head a day — which is drastically different. So the pace of work won’t necessarily be as fast,” Wooters says. “And employees here will have a vast variety of jobs so they won’t be doing the same thing all day long. That’s what makes us pretty much different from the big guys.” Wooters says the work will be less repetitive for employees than you find in most manufacturing plants. “They might spend half the day doing one job, half the day doing another job, instead of a full eight hours of just one cut, same thing every day,” Wooters says.

Lime Springs Beef also says it’s treatment of cattle will be more humane, with shorter travel distances. Wooters says the ownership is also different for this plant. “A lot of the investors are actually local cattle producers as well, so it kind of has a local ownership group. So the community is heavily invested in this project,” Wooters says. Members of the Crestwood FFA Chapter in Cresco have also invested $20,000 in the project.

The job fair Thursday is at the Northeast Iowa Community College Center in Cresco, and the Saturday job fair is at the plant on Highway 63.