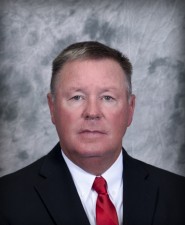 The expectations are lofty as the Grand View football team gets ready for a new season in a new conference. After winning a national title in 2013 the Vikings finished 11-2 a year ago. They open this season ranked sixth in the NAIA Poll, their first as a member of the Heart of America Athletic Conference.

“They picked us preseason to win our league, our side of it, and that puts a big bulls eye on your chest right away”, said Viking coach Mike Woodley. “So we are going to get everybody’s best shot.”

The Vikings must replace standout receiver Brady Roland but have one of the nation’s top quarterbacks in Derek Fulton. The Bettendorf product will begin his fourth season as the Vikings starting signal caller.

Grand View will be tested out of the gate. The Vikings open this Saturday at home against 15th ranked Baker of Kansas.