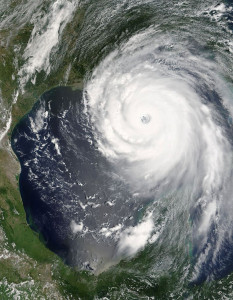 Ten years ago this week, a semi from Iowa that was packed with relief supplies arrived in Gulfport, Mississippi, one of the many communities reeling from Hurricane Katrina. The shipment from Webster City was sent directly to the Children and Infants Division at Gulfport Memorial Hospital, the only medical facility in town to stay open after the storm.

Hospital director Amy Haulsee remembers that truck well. “The impact was huge,” Haulsee says. “We can never repay you or thank you enough, it meant so much. And then to know it came specifically for the women and children’s division. They knew our needs and really took care of us as far as everything that came was used. There was nothing that went to waste.”

In addition to being packed with items for infants and children — from diapers and formula to clothes and blankets — the shipment included all sorts of canned food, toiletries and personal items for hospital staff members, some of whom had lost everything in the powerful hurricane.

Gulfport continues to bounce back after Katrina’s destruction. “You can still ride down the beach and still see slabs and you can tell someone did live there and they have not built back for whatever reason,” Haulsee says. “Rebuilding, it’s been slow, but over the past year or two, I’m noticing a lot more that it just looks good. Things are built up higher.”

Hurricane Katrina was the costliest natural disaster in American history — and one of the most deadly. At least 1,200 people died in the hurricane and floods, and property damage alone topped $108 billion.