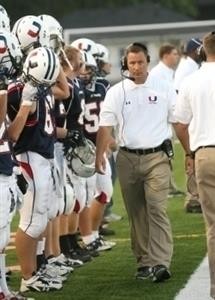 Eighth ranked Urbandale takes on the two-time defending champions in class 4A when the J-Hawks collide with fourth ranked Dowling Catholic in a non-district contest.

Urbandale opened with a 68-7 win over Des Moines Hoover and coach Sam Anderson says while the Maroons have a bunch of new starters this season they don’t lack experience.

“These kids got a lot of experience, the ones that will be starting this year for them because they played a lot of second half football”, said Anderson. ” They are very talented at all positions. They have great competition and it obviously shows with their track record.”

This will be the season opener for Dowling. The Maroons traveled all the way to Cedar Rapids last Friday only to have their game against Xavier cancelled due to severe storms.

“You try to make your most improvement from week one to week two and for us there was no week one”, said Dowling coach Tom Wilson. “Really, we still don’t know what we have and obviously have to play a good Urbandale team. I think our kids understand that and they’ve just gone back to work and tried to focus on Urbandale.”

After leading Dowling to back-to-back state titles quarterback Ryan Boyle is now a freshman at Iowa. Wilson has not settled on a replacement and will rotate two quarterbacks against the J-Hawks.