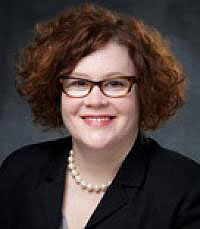 A new federal report estimates as many as 8,000 Iowans have what’s referred to as ASD, or autism spectrum disorder. The report from the Centers for Disease Control and Prevention says the prevalence may now be one in every 68 children.

Liz Delsandro is a clinical professor in the University of Iowa’s Department of Communication Sciences and Disorders and she specializes in the treatment of children with the disorder. Delsandro says ASD isn’t always obvious but it can be identified.

Delsandro says, “It really characterizes itself as challenges in communications skills, challenges in socially interacting with others and also what is termed repetitive behaviors.” Children with autism may play with their toys differently, she says, instead of using their imaginations like other kids, they may line toys up.

Before a child is diagnosed with ASD, several professionals — including psychologists, educators and speech language pathologists — may have to become involved in watching and assessing the child.

“There are treatments that have evidence based behind them,” Delsandro says. “What’s exciting is there’s more research and more money behind the research in the area of autism to find those best practices, best approaches to treat children with autism.”

Next weekend, a fundraising dinner and auction is planned in Iowa City for the UI’s Wendell Speech and Hearing Clinic. Proceeds from the September 11th event will help fund clinical programs that provide services and support to Iowans who have speech and communications disorders.

For details, send email to Amy Behrens at [email protected]