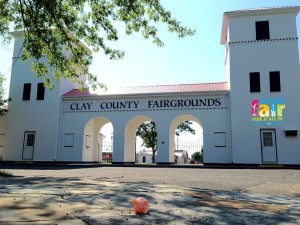 Final preparations are underway in northwest Iowa for what’s billed as “The World’s Greatest County Fair.” Jeremy Parsons is general manager of the Clay County Fair, which opens this Saturday.

“It is the largest county fair in Iowa and it’s also the second largest tourist event in the state of Iowa, attracting over 300,00 people over our nine-day run every September,” Parsons says.

This marks the 98th year for the Clay County Fair in Spencer. Parsons says the event thrives in month of September despite schools being back in session. “Several things work for us. Obviously, we’re a very large regional fair. We’re going to have 4-H exhibitors from more than 45 counties in Iowa, Minnesota and Nebraska arrive on our grounds for the nine days,” Parsons says.

The fair also hosts a field trip program that draws around 1,000 elementary school students to the fairgrounds to learn about agriculture. “And, probably what we’re most known for is we’re the largest farm equipment show at any fair in the United States, with more than 30 acres dedicated to machinery and the newest in ag equipment for farmers to come and kick the tires before they start harvest,” Parsons says.

There are daily livestock and horse shows, auto racing and tractor pulls, and of course – plenty of food on sticks. The Grandstand headliners this year include Casting Crowns, Herman’s Hermits, Oak Ridge Boys and Little Big Town.