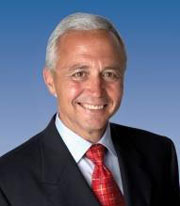 Media General, a company based in Richmond, Virginia, is acquiring Iowa-based Meredith Corporation. Media General is spending $2.4 billion on the transaction. The new company will be called Meredith Media General.

“Together, Media General and Meredith will be well-positioning to continue innovating, delivering quality content and choice to consumers and thriving in a highly competitive, rapidly evolving media marketplace,” Vince Sadusky, president and CEO of Media General, said early this morning during a conference call with investors.

Steve Lacy is president and CEO of Meredith and he will be the CEO of the new company.

“This is an exciting and a transformational day for our two companies,” Lacy said.

“More than 30 percent of our portfolio will be affiliated with CBS, which has been the top-ranked network for the last several years,” Lacy said. “Another 40 percent will be pretty evenly distributed between NBC, Fox and ABC — the other big four networks.”

According to a news release announcing the deal, more than 60 percent of adult females who were born after 1980 buy a Meredith magazine or log onto a Meredith website.

The Meredith Corporation was founded in 1902 and its first publication was Successful Farming magazine. Better Homes and Gardens followed a couple of decades later. Media General was formed in 1940 when the two newspapers in Richmond, Virginia merged. Lacy said the new company will maintain corporate headquarters in both Des Moines and Richmond. Meredith stockholders will own about 35 percent of the company after the deal’s done. The deal is expected to close by June 30, 2016.