You are here: Home / News / Commissioner asks for Highway 330 interchange to be pulled from construction plan 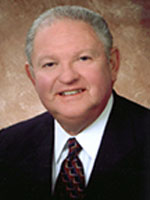 A member of Iowa Transportation Commission wants to hold off on a controversial proposal to build a diamond interchange on Highway 330 in central Iowa. The Iowa Department of Transportation proposed building the interchange where U.S. Highway 65, Iowa 117 and county road F-17 in Jasper County cross Highway 330 after nine people died there between 2003 and 2011.

Commission member John Putney of Gladbrook asked that the commission consider pulling the project from the five-year road plan at its meeting in October. There have been no fatal accidents at the site in the last three years after turning lanes and warning lights were installed.

“I believe there is a lot of merit to trying those things before we proceed with a 20 million dollar project for a diamond interchange,” Putney told Radio Iowa. Putney and fellow commission member Leonard Boswell had also questioned the project earlier this year. Putney says he isn’t sure if all seven commissioners will agree with him and vote to pull the project.

“I am making a point that I believe it is a very, very expensive project. I know that there has been fatalities in the last 15 years — but there’s also been six fatalities within a four-month period within a four-mile stretch on Highway 30 just this year,” according to Putney. He says there needs to be more time to see how the safety measures put in place on the highway have worked.

“I am not saying that I’d be forever not having this diamond interchange there, but I’d like to have a couple of years to evaluate how these improved measures are working,” Putney says. Putney says he also has concerns about the scope of the plan. “When I first learned of this project, we were talking about 56 acres of farmland. Now we’re up to 71 acres. I just think we need to take pause here and back off a couple of years before we put it back on , if we do put it back on,” Putney explains.

Putney says his top priority is not the land, it is safety, but he is not sure the 20 million dollar interchange is the best approach. “I also believe that we are doing things to provide for greater safety. And unfortunately you cannot legislate good common sense and safety measures taken by motorists. And that’s where I am,” Putney says. Putney’s motion came after one of the land owners who would lose a portion of his property spoke to the commission.

Larry Cleverly used the public comment portion of the meeting to ask the commissioners to reconsider building the interchange. “There are ways to improve the safety of the public without spending 20 million dollars and displacing a couple of families, depriving me of my livelihood, and taking 30 acres of the most beautiful timber you’ve ever seen in your life,” Cleverly says.

Cleverly also questioned the design of the project which he says would have nine stop signs on Highway 65. “So it just seems to me with nine stop signs you are giving somebody the ability to continue running into each other,” Cleverly says. He closed with this appeal. “I am hoping you can see your way clear to revisit this appropriation, ” Cleverly says. “Do the right thing and show the 10,000 people who signed our petition that you are listening to them.”

Commissioner Putney says he did not know Cleverly until Celverly introduced himself at the meeting Tuesday. Putney says he has had concerns about the project before hearing from Cleverly and wanted to be sure he made them clear by requesting that the commission reconsider pulling the 330 interchange from the transportation plan.