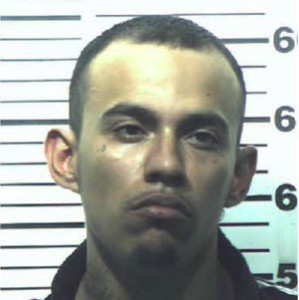 A man wanted for a shooting nearly a month ago outside an eastern Iowa police station has been captured in Denver, Colorado. Iowa DCI Special Agent in Charge Richard Rahn says 26-year-old Alejandro Lira of Moline was arrested last Friday night at a hotel.

“The Denver Area Fugitive Task Force was able to locate him based upon a vehicle parked in the parking lot,” Rahn said. Lira is accused in the shooting of 22-year-old Michael Dewispelaere of Long Grove.

The gunfire erupted shortly after 11 p.m. on August 11 in front of the DeWitt Police Department. Investigators are still trying to determine how the men know each other and a motive.

“We’re still trying to establish that…I can’t get into that information at this point,” Rahn said. Dewispelaere was driving a vehicle at the time he was shot. That vehicle struck a parked police squad car. Dewispelaere was hit in the upper chest and is expected to make a full recovery.

“I think his recovery is going well, as far as I know,” Rahn said. Lira remains in the Denver County, Colorado Jail. When he’s brought back to Iowa, Rahn expects Lira will face charges of attempted murder, second-degree kidnapping and first-degree robbery.