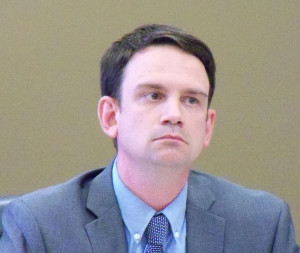 The No Child Left Behind report released by the Iowa Department of Education today finds 874 of Iowa’s 1,336 public schools or 65 percent were identified as “in need of assistance.” That’s up from the 54 percent identified last year.

A total of 50 of 338 school districts were identified as districts “in need of assistance” — which is up from the 13 percent of districts identified the year before.

Iowa Department of Education Director Ryan Wise says the report doesn’t give a true picture of what’s happening in Iowa schools. “Today’s report is based on a law that is fundamentally flawed, a law that does not guide improvement in schools and does not acknowledge schools that have made significant progress with students who face significant challenges,” according to Wise.

The federal law requires public schools and districts to meet targets of “Adequate Yearly Progress” (AYP) for the overall student population and for subgroups of students in third, eighth and eleventh grades. The subgroups include socio-economic status, limited English proficiency, race/ethnicity and special education.

“No Child Left Behind holds schools to unrealistic requirements and punishes dedicated educators when their schools fall short,” Wise says. The percentage of students required to meet the standards in reading and mathematics has increased over time. In Iowa, the target rate climbed from 80 percent in 2011-12 to 94 percent in 2012-13 to 100 percent in 2013-14 and 2014-15. “This is the second year where 100 percent proficiency is required by NCLB. And so, I think you see an increasing number of districts that are falling short. As that target stays the same and more districts struggle to reach that or make adequate yearly progress toward that target — that’s why you see an increasing number of schools and districts on that list,” Wise says.

Wise says there’s a lot happening that the federal program doesn’t take into account. “I think schools in Iowa are making tremendous progress and doing a lot of good things, and working hard and collaborating, and the current law doesn’t fully acknowledge that,” according to Wise. “And at the same time, there’s absolutely room for growth.” Iowa does not have a waiver like most states from components of No Child Left Behind. Wise says the state will have to live with it until it is overhauled by federal lawmakers.

Wise says there needs to be a system of accountability that sets clear parameters while allowing flexibility to meet educational goals that make sense for individual states. He says he is optimistic that congress will work together and reauthorize the act as both the U.S. House and Senate have passed versions of the bill and it has gone to the conference committee. “I’m hopeful that through that process they’ll be able to work out the differences that exist and be able to put a bill on the president’s desk that he’ll be able to sign,” Wise says.

For right now, the districts identified as having issues face the possibility of sanctions. “The longer a district or school is on the list, the more the screws tighten as far as what they are required to do,” Wise says. He says districts can be required to replace staff, replace a principal, or wholesale restructuring, depending on how long they are on the list. You can see the 2015 State Report Card on the Iowa Department of Education’s website and find out where your school stands.