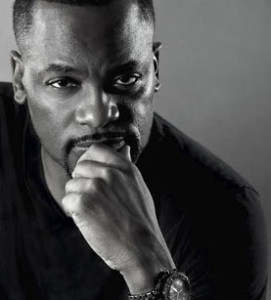 A New York philanthropist who is considered one of the early pioneers of hip hop music is in central Iowa today to launch the first Midwestern chapter of an organization focused on literacy.

Glenn Toby, founder of the Book Bank Foundation, says the goal is to make a positive impact on communities by providing low-income children and their families with resources to combat illiteracy, abuse, hunger and other perils.

“Lack of education is the first step toward addiction, drug abuse, incarceration, oftentimes homelessness led by mental illness,” Toby says. “People have to be responsible for themselves. People have to learn to go one word at a time and become a chapter in their own book in life that someone would want to take off the shelf.” Toby says the objective is to promote wellness in our communities physically, emotionally and spiritually.

The foundation, he says, strives to elevate individuals from hopelessness to hopefulness by using models proven to be successful to empower youth, promote academic achievement and build self-esteem.

The Book Bank Foundation has 26 chapters nationwide, but the new Des Moines outlet will be the very first in the Midwest. Toby, a native of Brooklyn, New York, explains why he chose the Hawkeye State for his first expansion project in the region. “I’ve been on the East Coast for a long time, I’ve visited the West Coast and both sides need an awakening,” Toby says. “They need something fresh. Not just a voice in Washington D.C., not just the media messages in Hollywood. We need to come to the middle ground, right here. Iowa’s a great place to start.”

Earlier today, he read his children’s book, “Lil’ G faces the Brooklyn Bully,” at a youth program Des Moines. Toby is also meeting in the capitol city with community leaders and advocates to establish a presence in the Midwest.