You are here: Home / Fires/Accidents/Disasters / Iowa now #3 on list of states where hitting a deer is most likely 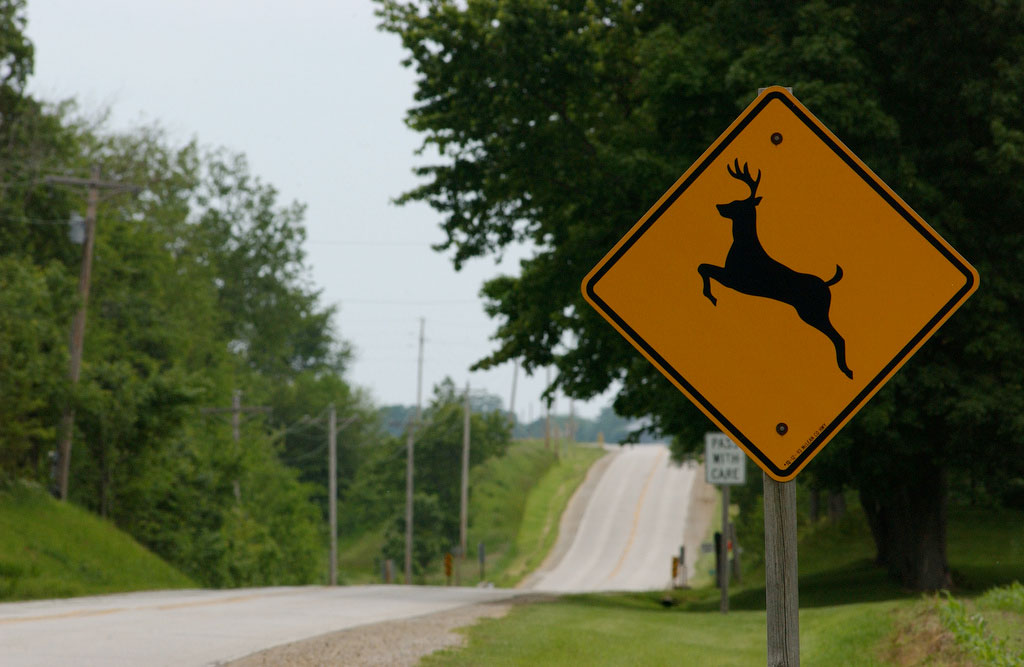 Fall arrives next week, a dangerous time of year as it’s much more likely Iowa motorists may collide with deer. A new study shows the odds Iowa drivers will hit a deer are rising. Ann Avery is spokeswoman for State Farm Insurance, which compiled the numbers.

“Iowa is ranked third this year among the states in terms of your likelihood to have a collision with a deer, according to the State Farm information,” Avery says. “For perspective, Iowa was 4th last year.”

Iowa drivers are more than 13% more likely to collide with a deer than they were last year, according to the study. It says the odds drivers will hit a deer in Iowa are 1-in-68, compared to the national odds of 1-in-169.

If you should emerge from hitting a deer unhurt, your car won’t likely be as lucky and neither will your savings account.

“The national cost per claim average for a deer-vehicle collision is more than $4,100 and that’s up 6% from last year when the average was about $3,800,” Avery says. “So, it is expensive and we do want to help people not have that happen to them.”

Mostly due to mating and hunting seasons, the months a driver is most likely to collide with a deer in Iowa, are — in order — November, October and December. In 2013, there were 191 deaths reported nationwide as the result of collisions with animals, with deer being the animal most often struck, according to the Insurance Information Institute.

Some tips to avoid deer include: use your high beams when possible at night, don’t rely on devices like deer whistles and should a deer jump into your path, don’t veer, as you could end up in the ditch or oncoming traffic.

“Keep in mind, deer generally travel in herds,” Avery says. “If you see one, others may be nearby. Be aware of posted ‘Deer Crossing’ signs. We see them often but they’re there for a reason. They’re placed there because those are active areas. Remember that deer are most active between dusk and dawn and the fall months are very active months for deer, which is when you can most reasonably expect this will happen.”