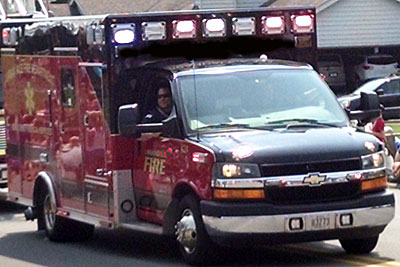 It happened on the south edge of Greeley on Highway 38 shortly after 6 PM.

The car caught fire and the driver, 20-year-old Timothy Greene of Edgewood, died at the scene.

The farm equipment operator, 56-year-old Richard Bockenstedt of Greeley, was treated and released at the scene.

The highway was closed for several hours following the crash.