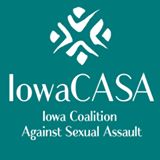 Thousands of sexual assault victims in Iowa are hoping a federal grant to the state could lead to criminal charges in their cases.

Rebecca Stout, with the Iowa Coalition Against Sexual Assault (IowaCASA), says Iowa has a large backlog of untested sexual assault kits. Many victims are unaware that their cases have been on hold because of the situation.

“It can be very disheartening for them to find out that their kit has never been tested and there’s never been an active investigation into the crime committed against them,” Stout says.

The U.S. Department of Justice last week announced Iowa will receive a $2 million federal grant to conduct an audit of the untested kits. “We don’t have an exact number of untested kits in Iowa, so that’s going to be part of this process — doing a survey of law enforcement to see how many kits they do have that have not been tested,” Stout says.

The process could lead to criminal charges in unsolved cases where DNA evidence was collected.

One of the reasons for the backlog is money. Testing costs around $1,000 per kit.

Another issue, according to Stout, is a lack of national protocols for handling the kits. “There are times when the lab is either backed up or they’re down in numbers of personnel and they’ll ask that only kits (cases) that are actively being investigated should be sent in for processing,” Stout says.

Iowa isn’t the only state with a backlog of untested rape kits. The $2 million for Iowa is part of a $79 million grant to combat the accumulation of untested sexual assault kits held by law enforcement agencies across the country.