You are here: Home / Education / Blood center offers scholarship to students for a successful blood drive 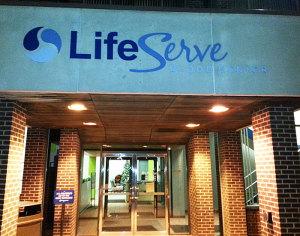 High school or college students with the power of persuasion can earn some money for college with a unique scholarship opportunity. LifeServe Blood Center spokesperson Claire DeRoin says they can earn a $750 scholarship by getting people to donate blood.

“Students will need to organize, recruit, plan and just kind of do the back end planning to organize a blood drive Students will need to get at least 50 units of blood — that’s 50 people coming in the door and donating — in order to achieve that scholarship,” DeRoin says. DeRoin says getting enough people to meet the limit for the scholarship may seem not seem like a lot for young people who interact with hundreds of people daily on social media.

“You know, it’s easy to throw something on Facebook and expect to get a big return from that. But, we’ve found it takes a lot more to get people in the door for a blood donation,” DeRoins says. She says that can include putting up posters and going to people in the community and personally asking them to come out and donate blood. DeRoin says the scholarship is a way to help students while also getting out the message of the importance of blood donation from a young person.

“I as a public relations person can tell you a thousand different facts about why it is good to donate blood, but it really just takes someone to say ‘Hey I am organizing this blood drive would you do this as a favor to me?’ That’ll get people in the door and then they’ll say ‘Oh I help you out but I also saved lives with this and it only took an hour.’ So, it’s kind of nice foot in the door to get more people donating,” DeRoin explains.

The center helps hospitals all across the state and DeRoin says there’s flexibility in where students conduct the blood drive. “Let’s say you have a college student who goes to school in Iowa City, but they are from a smaller community. They can make the choice if they want to have it there in their college town, or they can have it back in their hometown,” DeRoin says. Students have until October 12th to sign up to organize a blood drive and be eligible for the scholarship.

DeRoin says you can go to www.lifeservebloodcenter.org and send them an email and they will get you hooked up with a territory representative. LifeServe Blood Center provides blood and blood products to more than 100 hospitals located across Iowa, Nebraska, and South Dakota.