You are here: Home / News / Fall leaf color expected to be good in Iowa 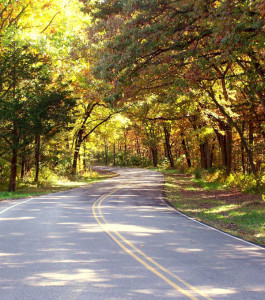 Today is the first full day of fall and the brilliant red, orange and yellow leaves of the autumn season are already starting to show up in some of Iowa’s trees.

Jeff Goerndt the state forest section supervisor with the Iowa Department of Natural Resources, says the color show is just beginning, especially in the northeast corner of the state.

“Some of the early, early trees that turn yellow, we’re starting to see those starting to turn in the northern half of the state,” Goerndt says. “Peak season is going to be a little bit later for the central part of Iowa, more around the second week of October.”

Southern Iowa usually sees its tree color peak around the third week in October. Goerndt says this should be a particularly good year to see the leaves changing color.

“We had a lot of moisture this summer which means we’ve got a lot of really healthy tree growth out there and basically good leaves for fall color,” he says. “Now, we’re starting to get the kind of weather that’s conducive to good fall color which is mostly sunny days and some cooler nights. That helps the trees prepare for dormancy a litte bit quicker.”

There’s a fall color report that’s updated weekly for different areas of the state on the agency’s website, IowaDNR.gov. “We’re also offering something this year at our state forest nursery which is also on our website,” Goerndt says. “We’re offering a fall color packet of tree seedlings that are going to provide the best fall color, for people that are interested in planting trees to get the better fall color on their property.”