You are here: Home / News / Increased pressure on Branstad to ‘defund’ Planned Parenthood 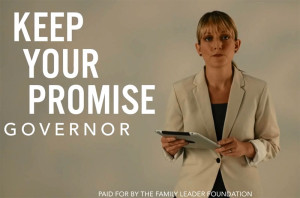 A Christian conservative group is again calling on Republican Governor Terry Branstad to use his executive power and stop any taxpayer dollars from going to Planned Parenthood organizations in Iowa.

The Family Leader Foundation released a video yesterday to put more pressure on Branstad. A female narrator mentions that during the 2010 campaign Branstad said he didn’t think any government funds should be directed to Planned Parenthood.

The web video ends with this demand of Branstad: “It’s time you keep your promise and defund Planned Parenthood now.”

The State of Iowa does not provide funding for any abortions, but Planned Parenthood operations in Iowa received $2.8 million last year to cover other services like reproductive health exams and cancer screenings for Medicaid patients. Branstad says Medicaid is a program administered by the state, but under federal guidelines, so there are no direct state contracts with Planned Parenthood that he can cancel. Branstad says Planned Parenthood has been “quick to sue” over state restrictions, like the Board of Medicine’s unsuccessful attempt to ban so-called tele-medicine abortions, so any action taken at the state level must be on “solid legal footing.”

Pressure on the issue intensified nationally this summer after an anti-abortion organization released videos showing Planned Parenthood officials discussing the use of tissue from abortions. None of the Planned Parenthood officials in the videos are from Iowa. Democrat Tom Miller, the state’s attorney general, has said he has no authority to launch a criminal investigation at the state level because “there are no state laws governing the transfer of fetal tissue.”