You are here: Home / Crime / Courts / Mason City man back in jail after arrest on traffic charges 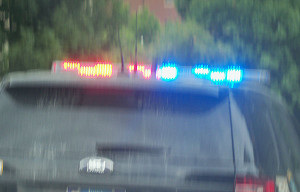 A Mason City man who was convicted for his role in a 2008 murder is in jail again after getting out of prison earlier this year. Authorities arrested 23-year-old Jamie McFarland early Thursday morning at his residence.

McFarland earlier was found by officers passed out in his vehicle at a major intersection in Mason City. Officers woke him up, but he drove off, later being found at his home. He faces numerous charges including operating while under the influence, driving on the wrong side of a highway, eluding law enforcement, and failure to maintain control.

McFarland was sentenced in 2010 to 25 years in prison after pleading guilty to first-degree burglary in connection to the August 2008 shooting death of Isidoro Erreguin. He was released from prison in June. He’s being held on $2,000 cash only bond and is due in court on October 2nd.