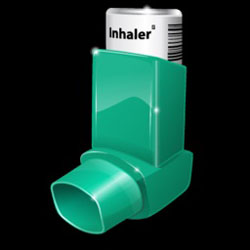 An annual report gives Iowa good — but not glowing — scores for the state’s policies that impact children with asthma and allergies. Larissa Kaczaniuk, advocacy and outreach manager for the Asthma and Allergy Foundation of America, says they study 23 core standards and any states that match 18 of those standards are put on the Honor Roll.

This year, Iowa checked off 16 categories. “That is a decent score because you’re pretty close to those 18 to make the Honor Roll,” Kaczaniuk says. “Hopefully, within a year or two, Iowa might see itself on the list. The state scored really well on medication and treatment policies, particularly with the nurse-to-student ratio. That’s something that a lot of states struggle with so it’s great that Iowa met that indicator.”

While Iowa wasn’t among the 14 states on the Honor Roll this year, she says Iowa’s still doing well in providing a healthy and safe learning environment for children with asthma or allergies. “It was noteworthy because the state passed legislation in 2008 called the Smoke-free Air Act and that prohibits smoking in and around school buildings,” Kaczaniuk says. “Iowa also passed an epinephrine stocking law earlier in 2015. That law allows schools in the state to keep a supply of epinephrine auto-injectors which are used for any kind of severe allergic reaction.”

There’s always room for improvement, she notes, as none of the states had a perfect score. “The only area where Iowa sees a gap looks like it’s with outdoor air quality,” Kaczaniuk says. “This section of the report checks to see if schools notify parents before any pesticide applications. It’s also looking to see if there are any restrictions on the amount of time school buses are allowed to idle on school grounds. This is because vehicle emissions can be a trigger for asthma attacks.”

About 7 million children nationwide have asthma, another 6 million have a food allergy. She says it’s vital the state make more progress toward better school-based policies, as asthma and allergies are among the leading causes of absenteeism. Asthma alone leads to an average of 10.5 million missed school days in the U.S. each year.