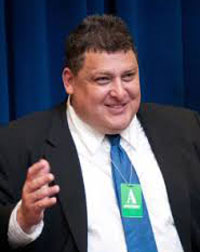 Ho Chunk Incorporated, the economic development company owned by the Winnebago Tribe of Nebraska, is planning on more development in and around the Sioux City metro area in western Iowa.

Ho Chunk CEO Lance Morgan says one of the projects is developing a 200 acre stretch of land on the Nebraska side of the Missouri River.

He says they are going to announce in a couple of weeks the plans for a “new urbanism” type of community where walking and activities are integrated into the plan. That project in South Sioux City, Nebraska is directly across from where the old John Morrell plant was located. “Once that plant was removed — the John Morrell plant — it created an opportunity that no one else saw, or thought of taking advantage of,” Morgan says.

The company already owns some properties in Sioux City and is planning on building some more in the downtown area. He says they’ve bought a couple of buildings on Pearl Street and are going to build some apartments and restaurant space. “We’ve bought three large buildings on Virginia Street and we are going to call it Virginia Square. And that’s going to be really on the spectacular side, much like you would think of the Old Market down in Omaha,” according to Morgan.