You are here: Home / Agriculture / ConAgra pulling headquarters out of Omaha 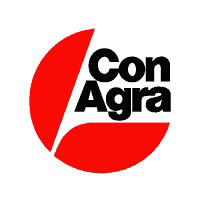 The Omaha metro area is losing one of its biggest employers, but it appears the plant in Council Bluffs will remain untouched. ConAgra is moving its corporate headquarters from Omaha to Chicago next summer.

The Omaha office now employs about 2,500 people. About 1,200 positions, mostly management, will be kept in place and 300 people will be transferred.

Omaha Mayor Jean Stothert says that means about 1,000 employees will be out of a job but there are lots of opportunities in town. “We have a low unemployment rate and we are in a severe labor shortage,” the mayor says. “We have a lot of talent. We still have four Fortune 500 companies in Omaha. Our concentration should be focused on those whose jobs will be eliminated, helping them find comparable jobs in our marketplace.”

ConAgra officials say the cuts are difficult but necessary. Mayor Stothert met with ConAgra CEO Sean Connolly on Wednesday and asked him direct questions. “I said, ‘Is there anything that I as mayor, the Chamber of Commerce, the governor could do, if there’s anything in the form of incentives, anything that we could have done differently or that we could do now that would change the direction you’re going,’ and he said, ‘Absolutely, no. This is not about incentives. This is not about we need more money to stay here.'”

ConAgra has been headquartered in Omaha since 1922. The company employs about 800 workers at the plant in Council Bluffs, another 100 in Lincoln, Nebraska, and no lay-offs are planned at those locations. The Councill Bluffs plant handles ConAgra’s frozen food line, TV dinners, pot pies, bagged meals, and more.